Chapter 9: I Don’t Know What It Is That Makes Me Love You So (seriously, no idea)

So I woke up in the Bloomington, Illinois youth shelter, probably feeling better than I had in days, what with sleeping in a bed and all. There was no one around; I suppose the girls were at school or something. I showered — feeling very concerned about how low the wall around the shower was and extremely worried that someone might come in, but no one did — and went down to the reception area. Once I was there, someone went and got Shadow, and I was so happy to see him. We hugged for a moment, until the woman behind the desk told us there was no touching allowed.

Then we left. I vaguely remember having to explain what we were up to, maybe to that same woman or maybe to someone else. But no one stopped us from leaving. We walked to a nearby gas station/convenience store, got packets of powdered donuts and coffee, and sat on a curb to eat. I bet they would have given us food at the shelter, but I think we were eager to get away before people asked too many questions.

There was a giant anti-abortion billboard with a picture of a fetus near where we were sitting. Shadow was against abortion; he said that his mother had considered aborting him, and he was glad she hadn’t, and therefore thought abortion should never happen. I, while also glad he wasn’t aborted, was vehemently pro-choice. We’d had some small arguments about it before. Shadow toasted the sign with his coffee cup, and then told me to toast it as well. I didn’t want to. He insisted. Aggressively. I toasted the sign.

He wasn’t physical about it, but this is one of the first clear instances I remember of him moving beyond just being sort of controlling. He did get physical about it eventually. No punching — I might have walked away from that — but lots of grabbing, yanking, pushing. Stuff that left bruises, but that I could sort of write off as no big deal. I started being aware of the fact that he was stronger than me, could overpower me if he wanted. And I remember realizing that I couldn’t survive without him. Not that I wanted to — but knowing I couldn’t. This wasn’t really the start of it; he’d always been like that to some extent. But it had been sort of subtle at first, and got worse very gradually. This probably wasn’t the first time I felt scared of him, but this is the first time it was big enough to stay in my memory.

We walked from the gas station to the Bloomington bus station. It was tiny; just one small room. I think we had an idea, again, that Shadow might be able to reach a family member who would pay for bus tickets. He tried but didn’t have any luck. (He wrote some about it in the diary, but I’ve decided to blur it out. It’s very personal stuff about his family, and one of the few parts of the diary I’ve felt weird about sharing.)

A couple days before, in West Virginia, I’d promised the guy in the cabin that I would eventually call my parents and tell them I was okay. Shadow thought I should do so now, because I’d promised, but I didn’t want to. I was scared to talk to them, scared they’d somehow figure out where I was, or that they’d convince me to come home. Shadow responded to my refusal by unhooking his sleeping bag from mine and walking out of the bus station. I, of course, followed him, begging him not to leave me. He agreed to come back as long as I made the phone call.

So, I called, and was relieved to get the answering machine. My dad and stepmom’s phone line was also their business line, and the message had been changed from the one solely about their business to a quick mention of their business and then “after this personal message” and then my dad telling me to come home or whatever.

I feel so angry, again, thinking back to how hard I’d begged to come home two years earlier. I don’t know if I consciously made the connection then, but it’s so upsetting to me now. I know there’s a big difference between thinking me safe at boarding school and being scared I’d end up dead in a ditch, but I just — I’d wanted more than anything in the world to be with them, and they’d said no. They’d been forced, by the school, to take me home. Is it any wonder I didn’t want to be around them? At sixteen, of course, I didn’t think it all out like that. I just thought they were big jerks.

I left a short message, saying I was fine. Then, Shadow having failed to reach anyone about a bus ticket, we walked to the highway. Or maybe we took a bus, or hitchhiked. I’ve racked my brain, but I have no idea.

This is a weird thing. My memory and the diary match perfectly in some ways, but not at all in others. The diary shows exactly where we went, and on what day. I would have sworn the time between leaving DC and getting to the Columbus, Ohio bus station was more than just two days, and that the Illinois youth shelter was at least a few days after that. I thought the entire trip took much, much more time than it did. We traveled around 1500 miles all told and I remembered it as taking a couple weeks, but this was just day four.

I’m not sure how long we waited on the side of the road, or if we got any short rides before it happened, but I am sure that, at some point that day, a yellow pickup truck pulled over and picked us up. This was the day we met Troy and Bill and moved onto a very different part of the adventure.

Which I will go into next time.

This isn’t much of a map, but it took me ages to figure out where the shelter had been (the building’s still there but it’s not a shelter) and where the bus station was (it was torn down decades ago) so I’m going to include it. 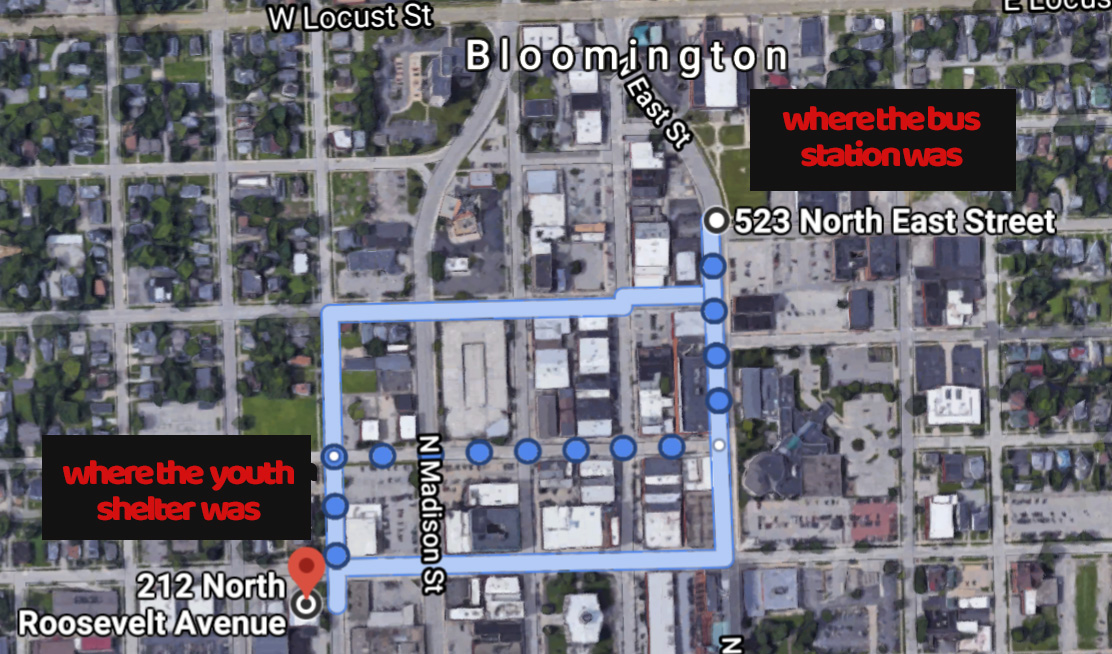 As I mention above, I’ve blurred out some of the diary. It’s just personal stuff Shadow wrote about his family, and it’s not my place to include it. 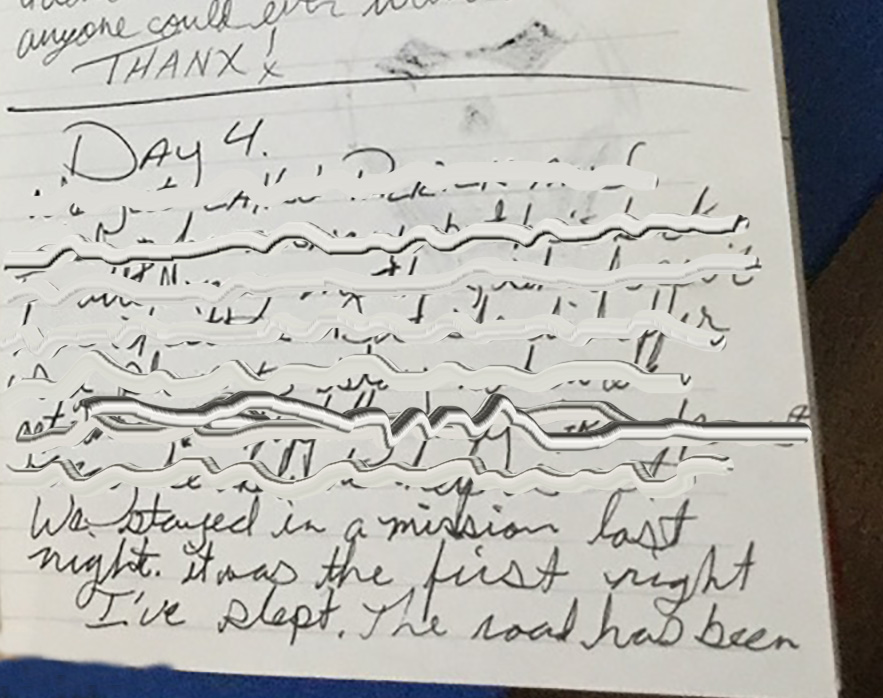 [Shadow]
Day 4
[Blurred out] We stayed in a mission last night. It was the first night I’ve slept. The road has been good to us up until today. She isn’t feeling to good. I hope everything goes ok from here on out. I love her so much. It’s great to know that she loves me as much as I love her.

[Blurred out] I’m still hoping to be out there by Thanksgiving. We are now at the Bloomington bus station. 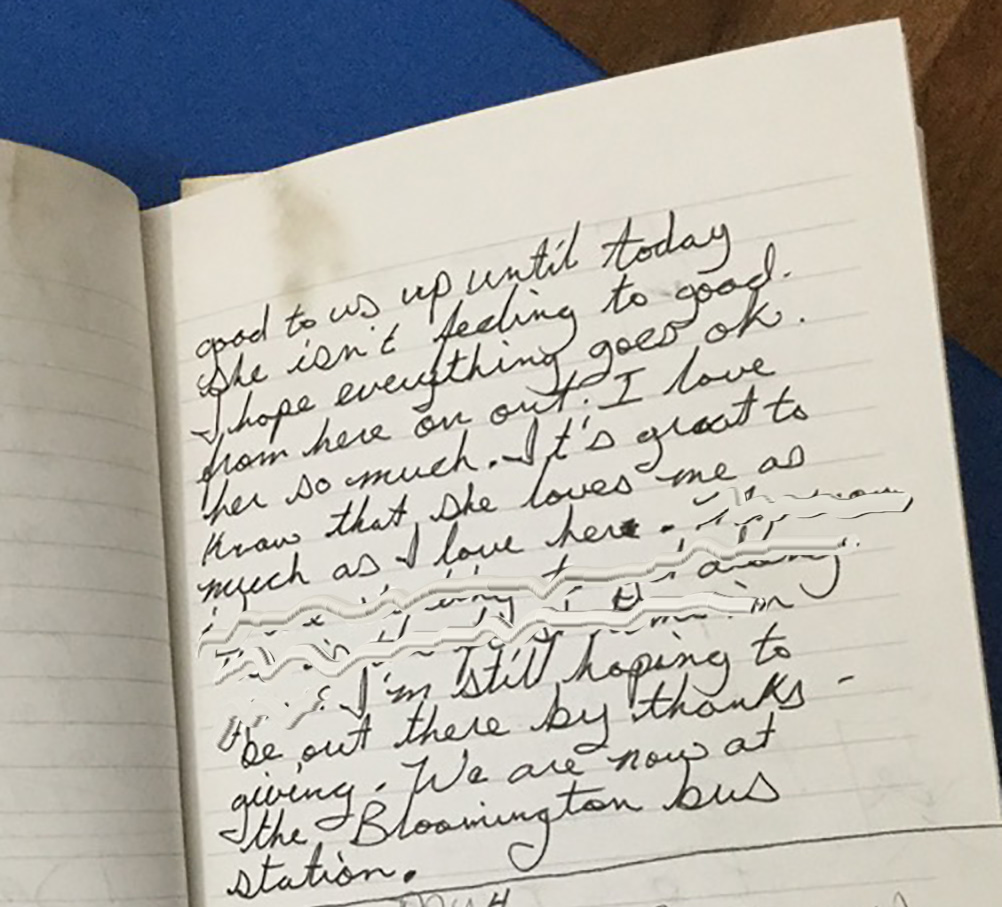 This chapter was a little short, so I asked readers if they had any questions. Some did, and here are my answers.

Q. Why was Shadow so careless about what little money you had? Was he a spoiled brat or warped by poverty?

A. He was very much from a poor family. I think he wanted to be able to provide (he’d once mentioned that he’d never be okay with his wife having a job, and I just pretended to myself that he didn’t mean it), and was embarrassed that it was my money, so he made sure it ran out fast to make it clear it wasn’t all that much. Or something. I don’t know. He was a putz.

Q. When you reached the west coast, what was your plan? Did you expect to interact with your parents, or in your anger, did you consider yourself estranged from them at that point?

A. The plan was incredibly vague, but basically, we were going to stay with his family and get jobs and just be together, forever and ever. I was certain I wouldn’t need anything beyond him to be happy, so it was okay if we were broke. I was planning on contacting my parents as soon as I turned 18 and they couldn’t legally make me return. It never occurred to me to cut them out forever, though.

A. I’m having a hard time pinning down an answer. I think it just depended on what was happening. Definitely not in a dream or trance – except for a couple moments when I was so frightened I was in shock. I think a lot of the time I was imagining how I would, someday, tell the story. Describing the things happening in my head, over and over, so that I’d remember them. And practicing telling the story so that it would sound as cool as humanly possible. Turning things that were boring (like slowly walking for hours, waiting for a ride) or scary (like sliding down that icy hill in West Virginia in an old pickup) into exciting feats of daring. As I’ve mentioned, I was ridiculously melodramatic, and would make even incredibly awesome things absurd with my dramatic delivery.

Q. What Is one positive thing you took away from your hitchhiking experience? What was one negative thing?

A. I believed in myself, in my own basic competence, so much more after I got back. I believed I could handle myself.
I was, however, terrified of driving. I think it was specifically from that snowstorm – watching people slide all over the road made me sure I should never be in charge of a car. Also my relationship with food, which I’ve talked about.

A. It took me a long, long time to recognize the red flags for what they were. So I’m sorry to say I probably fell for most of them again.

I was a lot more aware of guys who expressed their anger physically, though, and avoided that.

Q. Do you think your diary entries might have been different if you hadn’t been sharing the journal with Shadow?

A. Maybe, but I’m not sure. It’s hard to imagine keeping a diary and not assuming he’d read it at some point. I probably would have admitted a bit more about how scared and cold I was, at times.

Q. Have you ever wondered what Shadow would think or say to you if he read your words about your shared adventure?

A. Sure, but I have no idea. Of course he wouldn’t be a fan of the red flag stuff. But I assume he also thinks of this as one of his great adventures, and would enjoy remembering it and seeing all the diary entries. But I don’t know. It does make me a little nervous, worrying some of it might make him mad, but I also like to think of him remembering the good, exciting, fun parts. 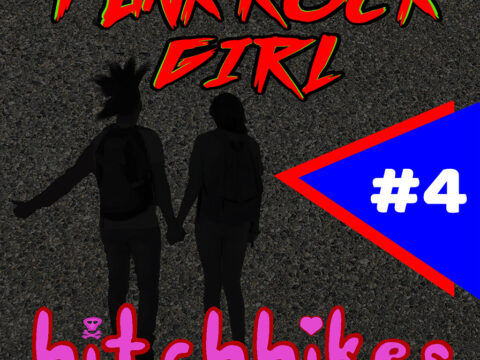 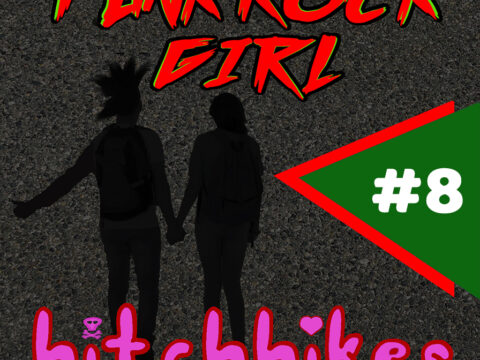